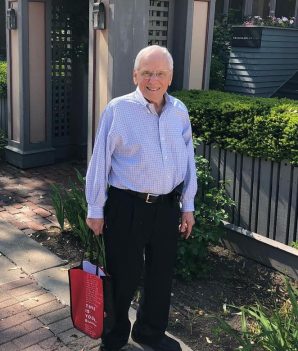 The Probate Pro, PLC established the Fred S. Findling Memorial Immigrant Scholarship to assist undergraduate students with their tuition. The Probate Pro embraces the uniqueness of every human being and respects the experience, identity, and beliefs of all people. The Probate Pro believes that all immigrants should have the opportunity to achieve their full education potential.

The Probate Pro’s founder, Darren Findling, is a first generation American. Darren’s father, Fred S. Findling was a survivor of the Holocaust. Fred’s mother was murdered at Auschwitz and his father was shot into a mass grave by the Nazis. Fred and his siblings survived by hiding in the forest in the Vichy region of France, along with a hundred other Jewish children. These orphaned children banded together, subsisting on radishes and potatoes that they dug up from the ground, for nearly two years. Finally, they were rescued and brought to America. Fred was just eight years old at the time. His survival was dependent on many miracles and, most importantly, on the unconditional help of others. As a hard-working, committed immigrant student, Fred studied during the day and then worked the night shift to pay for his college and graduate studies. Fred achieved the American Dream – becoming a well-respected attorney for over 50 years. This Scholarship is established in his memory to help you achieve the American Dream too!

How to QUALIFY for the Fred S. Findling Memorial Immigrant Scholarship

Each year, a scholarship is offered to an <strong>immigrant</strong>, <strong>full-time student</strong> at an accredited college or university in the State of Michigan.

How to APPLY for the Fred S. Findling Memorial Immigrant Scholarship

No Application. No Essay. (Yes, no application and no essay!)

(Sorry, if the video is over 30 seconds, it will not be considered for the Award).