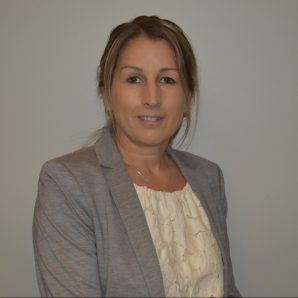 I have joined The Probate Pro as an Office Manager.  I enjoy being able to assist the staff each day in a variety of ways, most importantly making sure that the necessary resources and supplies are available so that every important client can receive the best service possible.  As our company continues to grow, it is my responsibility to set up office spaces for each new staff member who joins our team.  Another bonus to my position is getting to help plan all the fun stuff we do together on a regular basis, whether it be hosting a catered lunch twice a month that a staff member is presenting a beneficial topic of interest, or assisting with the quarterly outing events that allow our staff to get to know each other on a deeper level outside of the office.

Before joining The Probate Pro, I assisted with the daily operations for a department of FCA located in the Quality Engineering Center in Auburn Hills, MI.

How does a family of 4 from Atlanta, GA wind up moving to Detroit, MI?  What I often refer to as the most expensive “free” tickets ever were given to us way back in 2003 to go watch the recently formed NHL expansion team called the Atlanta Thrashers and our growing family was hooked on day one.

Eventually this passion led us to making the move to Hockeytown in 2012, and we have decided to call Michigan our home ever since.

When I am not in the office, I enjoy playing on my women’s hockey team called the Motor City Crush and chasing around tennis balls on several USTA leagues throughout the seasons.  I also love spending time at home with my husband (Clint) and two teenage sons (Cannon & Zion) and our newest addition to the family, a 1.5 year old Alaskan Klee Kai that the boys named Georgia.